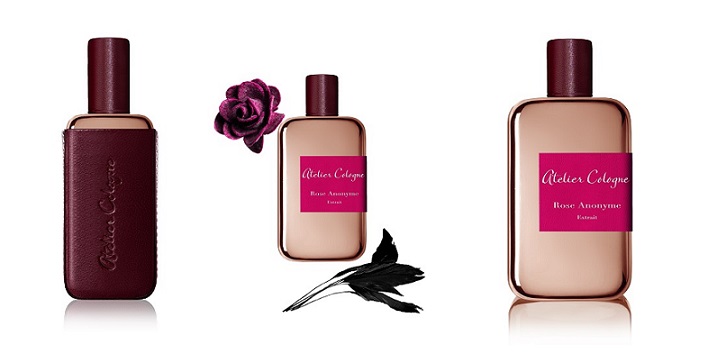 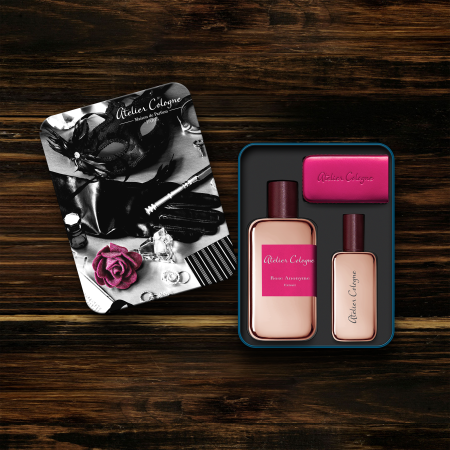 As much as I wanted to love this house and support American made perfumes, I will be honest when I say that Atelier Cologne is one of those houses that I wished I had stopped buying after my first bottle.  Their fragrances aren’t bad, please don’t get me wrong, but I think they are way overpriced for what they are.

It’s been compared to Rose Nacree by several on Fragrantica. And they DO smell similar, very very similar actually, but Atelier Colognes, collectively speaking for the house, have a very synthetic smell and feel to them.  Most Guerlain Exclusives smell much more natural.

Rose Anonyme Extrait starts out smelling like a plastic rose and once it dries, it smells more like Midnight Oud by JHAG than Rose Nacree. I’ve owned them all and have tested them all at the same time. Rose Nacree smells the nicest and most natural, followed by Rose Anonyme Extrait,  and then Midnight Oud, smelling the most synthetic. Subtle differences can be detected when testing them all at the same time, but worn individually, they all have the same feel and in my opinion, are basically all the same fragrance; basic rose/oud combo.

I almost regret this purchase since Midnight Oud is such a better value for a basic rose and oud perfume, but it will serve as a reminder of my disdain for this overpriced and over-hyped house. When I bought the set, I got the one in the beautiful tin with the collage picture of roses and ladies boudoir items, so it’s not the worst purchase I’ve ever made. The perfume itself IS  a nice fragrance or I would have never bought it, but I think the house is asking too much for what they have to offer. I honestly see them at some point being removed from Neiman Marcus and ending up in a Macy’s. Sorry not sorry.

I just love perfumes 😍 View all posts by 💜FragAmour💜